This Blog Space Has Moved to LiberatedMuse.com 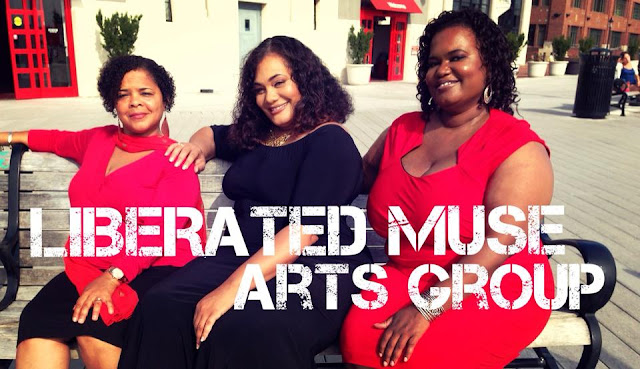 THANKS FOR VISITING THIS BLOG

BUT WE HAVE MOVED!

CLICK HERE  to visit our website and blog space with up-to-date information, links to our social media spaces, etc. 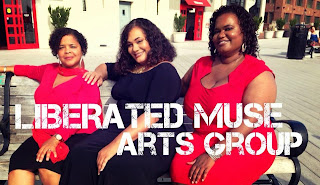 This is an archive of our blog that ran from 2008-2012.
VISIT OUR WEBSITE AT LIBERATEDMUSE.COM
for news and updates on Liberated Muse Arts Group 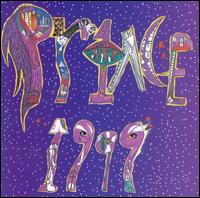 Do you remember when you first fell in love with Prince? Was it when you first saw the movie "Purple Rain" or was it even earlier? Believe it or not Prince fans, but Prince's first hit "1999" turns 30 this year. Where has the time gone? Liberated Muse's Khadijah Z. Ali-Coleman (Moon) celebrates his royal highness' hit in this tribute piece on SoulTrain.com. Check it out!
Posted by admin at 10:44 AM No comments: 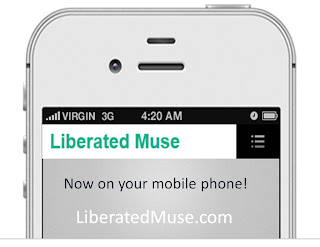 Enjoy LiberatedMuse.com on the go with your smartphone. Our new easy to navigate interface makes keeping connected a seamless experience. Try it today!
Posted by admin at 3:37 PM No comments: 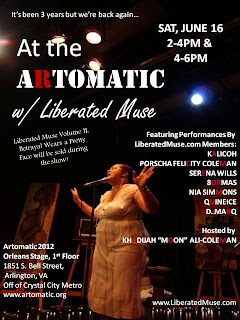 In 2009, Liberated Muse members took to the stage at the Artomatic in promotion of the first anthology in the Liberated Muse series and to showcase the talents of the online network's very talented community members. Fast forward three years and we return!

Tomorrow-- Saturday, June 16 at 2pm on the People's (Orleans) stage at the Artomatic, Liberated Muse members perform for four hours of non-stop entertainment.

The second anthology in the Liberated series-- Betrayal Wears a Pretty Face-- will also be sold with writers from the book reading their pieces.

Featured performers include singers Nia Simmons, Cherie "Kalicoh" Latson, D. Marq and the group 8orMas who will be accompanied by the talented Bangladesh Project out of Baltimore, MD. Singers Teisha Marie and Quineice who were featured in the Liberated Muse showcase at the Artomatic in 2009 return.

Hosted by Liberated Muse's Khadijah "Moon" Ali-Coleman who will also perform during the event, the showcase also will feature poets Serena Wills and Porscha Felicity Coleman who will perform spoken word pieces.

Check out the video below that highlights the 2009 showcase:
Posted by admin at 9:48 AM No comments: 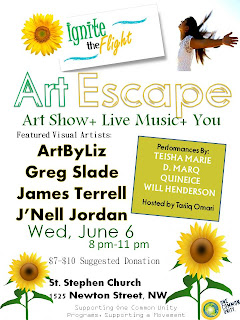 Select Visual Artists from the Washington DC Metropolitan will be featured in this interactive art show featuring live music from the city's top acts.

Enjoy and purchase art by artists:

Music by:
Teisha Marie
Quineice
Will Henderson
and D. Marq

Free to attend, but we suggest a donation of $7-$10 to enter. All donations support One Common Unity programming. View flyer for address and time.

Support Independent Artists!
Posted by admin at 7:41 AM No comments:

Liberated Muse Arts Group is a collective of performers, writers, singers, actors and visual artists who gather to transform spaces into art places.

In 2008, the digital community LiberatedMuse.com was born, connecting creatives from around the globe to discuss, collaborate and fellowship. Hundreds have connected through the online portal, beginning meaningful relationships leading to further creative collaborations and ongoing partnerships. You can join the community for free if you are a creative literary, performing, or visual artist.

As we continue to bring you updates on artistic opportunities and link you to events that spark your creativity and activist spirit, we appreciate your support in the form of donation. You choose the amount. Thanks in advance! Keep www.LiberatedMuse.com FREE!

Check Out Our Play! 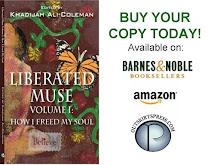 Click on the graphic to buy the book today!